Every year on December 10th, the world celebrates human rights day- a day the United Nations General Assembly adopted the Universal Declaration of Human Rights in 1948.  The document is a milestone that boldly proclaims the rights everyone is inherently entitled to as a person despite their nationality, religion, gender, property, birth and so on. As we mark 70 years since this document was adopted, is Kenya on the right track when it comes to the right to safe food for its citizens?

Article 43 (1) (c) of the Constitution of Kenya states clearly that every Kenyan has the right to be free from hunger and to have adequate food of acceptable quality.  The right to food is also part of the International Covenant on Economic, Social and Political Rights (ICESR). 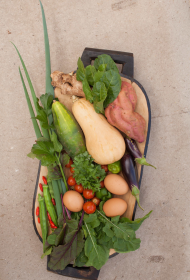 This means that the government has the responsibility to ensure that all citizens have access to adequate and safe food. Despite having a relatively good climate and support from many foreign governments, Kenya still struggles with challenges in the production of sufficient food and the distribution of safe food to its citizens. One would expect that since agriculture is the highest employer and the largest contributor to the national GDP it would receive special attention by the government but this is not the case.

Kenya promised set aside 10% of its annual budget for agriculture yet it has only committed 2.9% in the fiscal year 2019/2020

To realize the right to adequate food, the government needs to increase the funding given to agriculture. In the financial year 2019/2020, the government increased the money allocated to agriculture from KES 45 billion in 2018/2019 to KES 52 billion, equivalent to 2.9% of the total budget. This move is contrary to Kenya’s pledge in the Malabo declaration where it agreed to commit at least 10% of the budget to agriculture so as to realize a 6% growth in the agricultural economy. Presently, many Kenyans face chronic hunger and are in constant need of food aid. These people are entitled to access to food all year round, and this is why the government needs to commit finances to realize sustainability.

Not only should the focus be on making accessible enough food, but also safe food. There are bodies tasked with the responsibility of ensuring that only safe food is sold to Kenyans. Aflatoxins: There has been remarkable progress by KEBS, for instance, which has lately been calling out brands that do not meet the right food quality standards in the market. Peanuts and maize are the two most affected crops particularly by aflatoxins, and Kenyans seem not to realize this yet. There is a need for active community-focused education by the government to teach farmers on post-harvest handling of food to prevent the recurrent deaths and morbidities associated with poor post-harvest practices.

Results from analysis of food samples by KEPHIS showed that kale had the highest levels of pesticides.

Pesticides: Besides the challenge of aflatoxins, Kenyans have a right to eat food free of harmful pesticides. 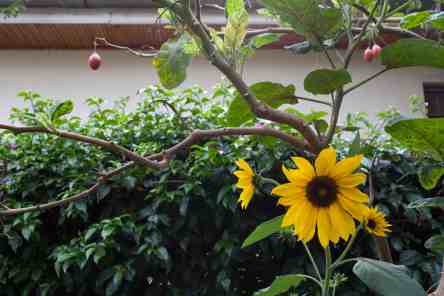 Kenyans are presently being subjected to unacceptably high levels of pesticides in their foods, some of which are well-known carcinogens. A recent survey was conducted by KEPHIS under the National Pesticide Residue Monitoring Program (NPRMP), where 1139 food samples were collected and analyzed for pesticides. Out of the total, 530 (46.53%) had pesticide detections, while 123 (10.80%) had exceeded the EU maximum residue levels (MRLs). Kale, peas, and capsicum were the most affected, which is worrying as kale is particularly a major food in Kenyan households.  Further, Kenya cannot export certain foods to Europe due to pesticide residues. Having stringent food quality standards is one strategy of a country that minds about the rights of its citizens.

For any nation that is governed by the rule of law, access to information is a fundamental right. In Kenya, chapter 4, Article 35 of the constitution states that every citizen has the right of access to information held by the state or by another individual which is required for the exercise of the rights of that citizen. For this reason, there is a need for better publicly-available information on pesticide use in the country, on how pesticides are registered and about the toxicity of pesticides. Up to now, all information stays within the industry.

This provision also means that Kenyans are entitled to information about sustainable agriculture. There have been efforts to improve production, a move that is presently doing more harm than good since the model being enforced is industrial agriculture, a model that is unsustainable. 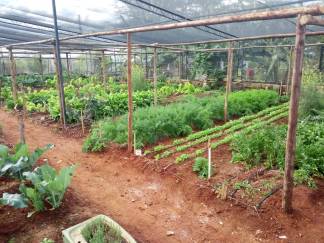 Kenyans have a right to information on methods of agriculture that conserves biodiversity instead of exploiting and exhausting it. As such, training for farmers should focus on sustainable agriculture and policies on sustainable and regenerative farming should be designed, supported and implemented.

Children and the right to food

As has been said many times before, there cannot be a keener revelation of a society’s soul than in the way it treats its children. Kenya has laws that are embedded in the constitution that highlight the various rights of children. In addition, Kenya is a party to the United Nations Convention on the Rights of a Child (UNRC), an international agreement that holds the nation responsible for the rights of children. 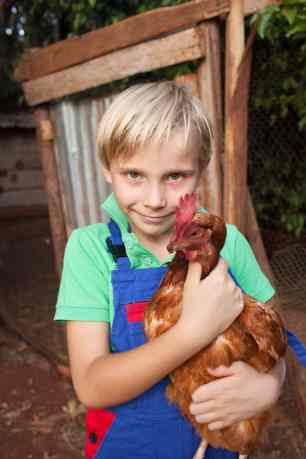 Children have a right to quality healthcare, good quality water, nutritious and safe food, and a clean, healthy environment. Despite having these laws in place, Many Kenyan children are still not enjoying these rights fully. They are fed food that is unsafe and loaded with pesticides, aflatoxins and other contaminants that are a threat to their optimal growth and development. Pesticides like chlorpyrifos are still allowed in this country, although they are associated with neurological disorders in children. In addition, they are exposed to polluted air due to pollution and suffer respiratory diseases. The list could go on and on. As a country that is focused on future generations, there is a need to develop strict policies that will focus on children’s rights effectively.

As we celebrate this day, the right to adequate and safe food for all citizens, and the right to accurate information need to be a priority for the Kenyan government. There is a need to promptly move from policies that are kept in shelves, to action. Time is catching up as has been seen with the rise in diseases that are too expensive to manage. The journey could be long but, every step surely counts if we are going to reach our goals. Have a thoughtful Human Rights Day, won’t you?