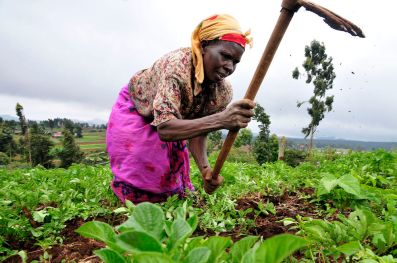 I was privileged to be born and raised in a village where women were allowed to own farms. Though a fairly uncommon practice, I saw many women’s lives uplifted as they grew crops, sold them, build decent homes, and took their children to school. On 10th June 2008, the International Labour Organization (ILO) adopted the ILO Declaration on Social Justice for a Fair Globalization. This document is the third major statement of policies to be adopted since ILO’s constitution of 1919. It lays out the vision of ILO’s responsibility in this age of globalization. While the world is making some progress as far as social justice for workers is concerned, some regions of the world still have challenges. In Africa for instance, there are many gaps as far as social justice is concerned at the workplace, especially in agriculture.

Gender inequality is one of the most important challenges when it comes to agriculture in Kenya. In many parts of rural Kenya, women are disadvantaged when it comes to land ownership since most customary laws do not allow women to own land (Musangi, 2017). Despite the Kenyan Constitution of 2010 and various other national statues stating well the rights of women with regard to land and property, in practice, women are discriminated against.

As a result, women have secondary access to land, often through their relationship with a male relative. Goal 5 of the Sustainable Development Goals (SDGs): “achieve gender equality and empower all women and girls” acknowledges that women have immense contribution towards the eradication of poverty, and achieving food & nutrition security. President Uhuru Kenyatta unveiled an ambitious 4 point development blueprint, popularly known as the Big 4 Agenda. The 4 focus items are Food Security, Affordable Housing, Manufacturing, and Affordable Healthcare.

While efforts towards achieving a food secure Kenya are commendable, it will be difficult to achieve set goals if women are not given equal access to land and economic resources that will enable them to contribute to food production.

Land is not only an important input for production; it has other benefits that empower women as well. For instance, women who have land can use it as collateral for obtaining financial resources. Moreover, they have easier access to extension services as well as joint production groups. Such women are empowered and have less financial dependence on their male relatives and partners.  In addition, they tend to have more bargaining power in their households.

Access to credit is a challenge for rural farmers regardless of gender. To begin with, rural poverty limits farmers from accessing the farming inputs they need to improve production. Farming inputs vary from seeds, pest control, fertilizer, farm equipment, setting up irrigation systems, storage equipment, to marketing platforms. Due to poverty, many rural farmers do not have easy access to such inputs and adding the challenge of climate change, farm production is usually low. 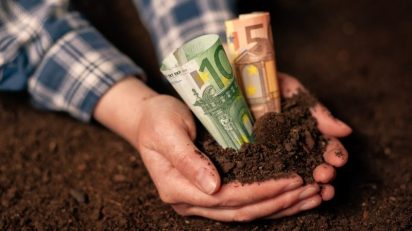 Having low production means that a farmer cannot save enough to reinvest in farming. At this point, credit is necessary to enable farmers to acquire inputs. However, rural farmers face many barriers in order to access credit from formal institutions. Presently, the ministry of agriculture does not have an effective approach to deal with farmer access to credit, which leaves it to credit institutions to offer credit on their own terms. Facilities such as Agricultural Finance Corporation (AFC), K-Rep, and Equity Bank have such products customized for farmers, but the conditions set are strict and discouraging (Kosgey, 2013). Interest rates are too high, and farmers are often required to show creditworthiness.

Even some organizations that present themselves as “non-profit” have been exploiting farmers. These organizations provide farm inputs to farmers for credit and end up demanding high interest rates on the inputs.

Other than credit from financial institutions, farmers get inputs through credit or subsidized programs. The most common and controversial subsidy program is that of subsidized fertilizer by the government. Originally, the idea was to provide farmers with fertilizer at an affordable price. However, this program was hijacked by individuals in the ministry who imported sub-standard fertilizer (Kipsang, 2016). In other cases, good quality fertilizer was stolen, repackaged and sold at high prices to farmers. The extent of damage by the fertilizer was quite noticeable in 2016, with maize reported to show uneven germination, and leaves turning yellow (Kipsang, 2016). The yields that year must have been significantly lower than usual, as a result of poor-quality fertilizer. In addition, some organizations that present as “non-profit” have been exploiting farmers. These organizations provide farm inputs to farmers for credit and end up demanding high-interest rates on the inputs. In some cases, farmers end up losing the property to these organizations when they are unable to pay in the stipulated time. Due to such challenges, farmers opt to go for informal sources of credit, which are unreliable and insufficient. There is a need for a collaborative effort by the ministry of agriculture and various financial institutions to come up with policies and financial packages that will be customized for rural farmers.

Farmers across farming communities in Kenya use pesticides for different reasons, but the over-dependence on these chemicals is contentious. To begin with, pesticides contribute a significant chunk to the overall costs of farm inputs. Despite being farmers for many years, most do not quite understand the difference between pests and beneficial organisms.

As a result, they tend to use pesticides to kill any organism in the farm, without knowing that some could be beneficial, and could be useful for pest control. Unfortunately, pesticide companies who are keen on making a profit take advantage of this situation and maintain a steady supply of pesticides. Pesticide use is well-known to cause resistance to pests, meaning that farmers have to keep buying these chemicals. The quality of soils deteriorates, pollinators are harmed, and as a result, crop yields decrease.

Due to the collapse of the government-sponsored program where extension workers would be training farmers on best practices, including bio-control and bio-pesticides, farmers are left to use pesticides as they know.  Most of the available extension workers available come from agrochemical companies, who are there to advance the interests of their companies, and not so much the needs of the farmer. Pesticides come with labels indicating instructions on how to use the pesticides, but that is barely enough. Most farmers cannot afford the recommended protective equipment, and they end up being exposed to these pesticides. Exposure leads to negative health outcomes, as consequently financial burdens to the families affected.

Once rural farmers harvest their crops, they can either sell it themselves at the nearest markets or through middlemen who buy produce from the farms. The latter is quite common, though farmers rarely get competitive prices for their produce despite high input costs. Middlemen are necessary to farmers since they buy produce at the farm level, which removes the arduous task of transportation by farmers to the market. However, middlemen take advantage of farmers and offer prices that are too low.

Due to lack of training in diversification, farmers in rural areas tend to grow the same crops, which lead to situational overproduction in the region. For perishable crops, a farmer is often anxious and will sell to middlemen at the price they offer so that the crops do not get damaged. Rural farmers also have very limited knowledge of market behavior in urban areas, where most of their produce goes. As a result of poor educational background and lack of resources such as the internet and electricity, rural farmers have no information on various market prices for comparison. When buying, middlemen also tend to defraud farmers by exaggerating the quantities of food produce during packaging. Most packaging is done using gunny bags and crates, which are usually heaped beyond capacity in order to accommodate as much produce as possible, without extra compensation.  Unfortunately, the ministry of agriculture has not been successful at taming farmer exploitation despite introducing a policy requiring packaging based on kilograms in 2019. It would be important for the ministry of agriculture to enforce such policies since farmers lose millions to unfair packaging to middlemen.

Farmers should take advantage of farmer groups and collective marketing. Having such groups will empower farmers and give them more market power.

The concept of devolution is supposed to address the challenges that rural farmers go through. It is supposed to make available, and improve social amenities for farmers such as access to healthcare, schools, clean water, and sanitation. As of now, most people in rural areas have limited access to these amenities as compared to their urban counterparts. Many parts of rural Kenya are yet to access electricity. County governments have what it takes to improve the quality of life for Kenyans living in rural areas.

For Kenya’s vision of achieving 100% food security to be realized, all county governments must give greater attention, and commit more resources towards agriculture. It will be the right path to take for the good of the society, since agriculture is globally acclaimed for its potential to lift millions out of poverty.