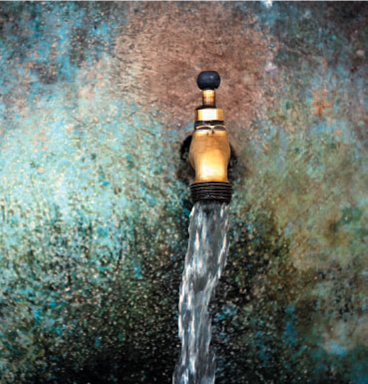 Have you ever sat to imagine how difficult life would be without fresh water? For many people water is just like air; we use it, we need it, but we do not fully understand its worth. That is why it is pretty common to find individuals, corporations or government institutions releasing factory effluent or raw sewage into rivers and lakes. We drink water when thirsty, we water both animals and plants, we use water to cook, wash, clean, and for industrial use. There is no doubt the world wouldn’t survive a day without water. Unfortunately, the small percentage of freshwater is not accessible by all people and is often exposed to contaminants that endanger the lives of millions.

Of the many trillions of liters of water in the world, only 3% is freshwater, out of which 2/3 is locked up in glaciers and ice caps. In as much as water can be referred to as a renewable resource, overuse and poor management or water resources reduce both the quality and quantity of fresh water.

For this reason, water is an extremely precious resource that needs to be conserved with the utmost care. In fact, there are over 2 billion people all over the world without access to safe water. World Water Day seeks to highlight these issues across the world, but it is the responsibility of governments to ensure an adequate supply of safe water to all citizens. Despite there being many sources of freshwater in Kenya, access, particularly in the cities, remains a huge challenge, more so in low income and slum neighborhoods.

In rural Kenya, access to water depends on the geographical region and the existence of community water projects. Moreover, the majority depends on natural sources of water such as rivers, dams, ponds, rainfall, seasonal streams, natural springs, and boreholes for those who can afford it. However, these natural sources of water benefit only a few Kenyans who live in close proximity to these resources, or who can afford large tanks to store up rainwater. In fact, most people in Kenya live in the arid and semi-arid zones, which have limited access to these resources.

The contamination of freshwater is a silent yet important subject that needs more focus from the government. Contamination occurs from microbes, farm pesticides and fertilizers, raw sewage, and heavy metals. In agricultural regions, farmers tend to use pesticides for pest control. When it rains, some of the pesticides are leached and carried along with the rainwater floods and find their way in the nearest water bodies. Pesticides have severe impacts on both human and animal health.

While pesticide contamination of water resources might be more in agricultural zones, rivers flow and carry with them these toxic chemicals to people downstream. Pesticides affect people by causing cancer, reproductive illnesses, genetic defects, and endocrine system problems, especially as a mixture of not only one or two pesticides but many. In Sweden on average, 15 different pesticides have been found in the river water. Pesticides in irrigation water might also affect crops and threatens the existence of organic farmers. Fewer pesticides should be used in general, no pesticides should be applied close to water bodies, runoff should be avoided through soil cover and pesticide containers and equipment should not be washed in water bodies.

Fertilizers and raw sewage contribute to nutrient pollution (eutrophication); another common contaminant in freshwater. Too much nitrogen and phosphorus in water causes many problems on the environment and health. Eutrophication causes more algae growth than the water ecosystems can handle, usually known as algal blooms. 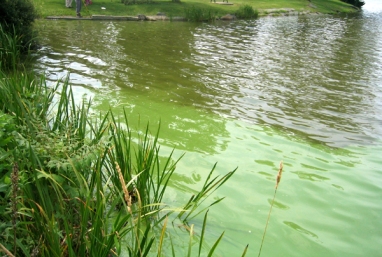 Oxygen levels will go down and fish, for many an important food source, is not able to survive. In severe cases, algal blooms facilitate growth of bacteria (e.g. cyanobacteria) and other toxins. When people drink such water or eat fish from such waters, they fall sick. Our rivers are also polluted by pharmaceuticals like antibiotics and painkillers. Even these pollutants can impact food security: if the farmer uses this water for irrigation and the antibiotics kill the bacteria in the soil, which are essential for good soil health. Proper sewage disposal is therefore very important if conservation of water bodies is to be a reality.

Investing in clean water systems for rural and urban populations is a sure way of improving the quality of life while promoting food security for the entire nation. Each Kenyan county has a unique challenge as far as access to quality water is concerned, and these challenges need different measures.

Better sewage systems (at county level) and greywater systems (at household level) to clean the water, efficient rainwater harvesting systems and drip irrigation are just some examples. Farming systems should be designed in a way that the crops do not need much additional water by ensuring permanent soil cover, growing diverse plants with different height and different roots, growing drought-tolerant crops and implement intelligent earthworks (that hold the water on the farm).  Part of this is covered in permaculture, a design system that ensures permanent food production with little effort.

Let us protect our water quality, try to avoid further pollution so that food security through clean water is ensured.