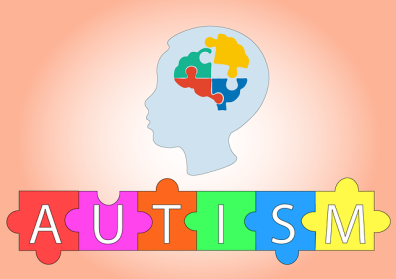 or a very long time, Autism has been unrecognized in Kenya as many communities are unable to identify it as a medical condition.  For this reason, autistic children have often been isolated and ill-treated because they are said to be possessed by evil spirits. While genetics has been identified as the greatest risk to autism, with up to 83% risk, environmental factors play an important role as well. Pesticide exposure, particularly to organophosphates and organochlorines, has been associated with the risk of autism.  There are many ways exposure to pesticides could happen: through inhalation (spray drift), skin contact via agricultural activities and through digestion via food consumption.

Globally, the prevalence of autism is presently estimated to be about 1 per 160 children according to WHO although this figure is increasing due to improvement in awareness, diagnostic tools, and expanding diagnostic criteria. Data about the prevalence of autism in African countries including Kenya are unreliable, which shows that there is an urgent need for research studies in this area. About 50% of the approximately 900 million people who live in Sub Saharan Africa are below 18 years old, a figure that is set to increase with time. Governments in these countries must, therefore, invest in research in autism in order to have scientific evidence that can inform appropriate policies.

Exposure to pesticides on fetuses and during the first year of life has been linked to a high risk of autism. A large study that involved birth data taken from 1998-2010 in an intense agricultural area in California was done to show the effects of pesticides on developing fetuses and newborns. 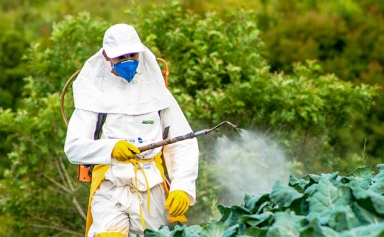 Results showed, that women who lived within a 2000 meter radius of a zone where pesticides were heavily used had about 10-16% more chances of getting children with autism than women who lived further away from the heavily sprayed areas. The pesticide active ingredients of concern included glyphosate, chlorpyrifos, malathion, avermectin, diazinon, and permethrin.

While the study involved participants living in America, similar effects could be assumed to happen in our local context, as all of these pesticides are heavily used in Kenya, especially chlorpyrifos (used against whiteflies, aphids, and thrips), permethrin (used as postharvest insect control in maize) and glyphosate (used against weeds). Chlorpyrifos is to be taken off the European market due to its effects on children, permethrin is already withdrawn in Europe and glyphosate was under critical discussion to be withdrawn.  Exposure to pregnant mothers and children could even be higher in Kenya due to the lack of awareness and low precautions amongst the users. Even consumers (including children) could be exposed to low doses of these pesticides. However, we do not know to what extent, as there are no regular monitoring systems on pesticide residues in food. It is time to look at the pesticides use in Kenya a bit more critical to protect our citizens from diseases like autism.

Currently, there is no known cure for autism and therefore it is important to begin intervention during early childhood in order to promote optimal development for children. Once diagnosed, parents to children with autism should be offered the relevant information and support depending on their level of need. Interventions such as skills training programs would be likely helpful to reduce challenges associated with social behavior, while at the same time improving the quality of life of autistic people.

Organic gardening is one such skill that would offer immense benefits to people with autism. Gardens are therapeutic places, they have different colors, shapes, and smells. These offer gentle sensory stimulation, which creates a calming effect to the autistic people.

In addition to offering therapy, gardening would enable autistic people to learn about, and practice the art of growing nutritious food. Children with autism are generally more likely to have inadequate intake of nutrients, due to challenges such as food selectivity and tantrums. Poor nutrition results in poor development of the body, and mind. Involving autistic people in gardening makes them productive as far as food production is concerned, and gives them a chance to interact with food and love it. Having a garden will definitely be most appreciated in such times as we are now when there is a global pandemic and normal food supply is interrupted due to curfews, lockdowns, and quarantines.

There is need for studies in Kenya that can give a clearer picture of the link between pesticide use in food production and autism. However, we can already start taking precautions based on the research findings elsewhere: Women should take precautions to minimize exposure to pesticides while pregnant and breastfeeding. Better still, there is an urgent need to promote more regenerative agricultural practices that do not depend on chemical pesticides. All in all, caring for autistic people is our responsibility as a society, and we should not treat them as outcasts.